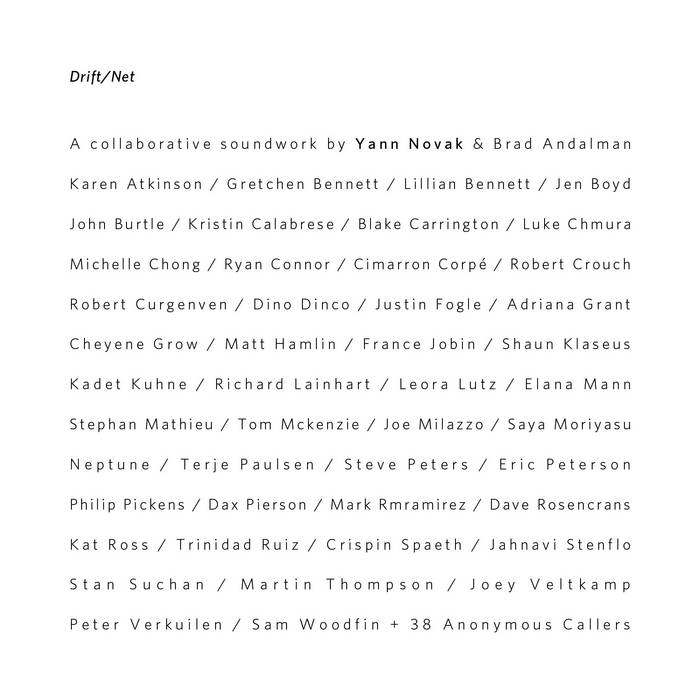 Richard Richard 'Drift/Net': let yourself be carried away by the gentle radiance...

Drift/Net was an experiment in collaboration between artist and audience originally presented at 323 Projects (323projects.com). Through the use of a simple answering machine style message, the audience was prompted to use their phone as a recording device.

The resulting sound-work was created by arranging the resulting 99 recordings in chronological order and alternating them in the left and right channels. Spectral analysis was then used to determine the most common frequencies, these frequencies were then exaggerated through digital processing to produce the final piece.